The India Spacecraft Chandrayaan 2, Such a huge failure for the India’s “ ISRO” after  its historic spacecraft went missing.  Fundamentally India attempted to land on the moon’s surface but in the final moment the spacecraft lunar lander goes missing. In the Start initial part of the descent gone smoothly  but unfortunately few miles above the surface the trajectory changed from planned path and the mission control room lost the connection and  also lost the communications from lander  a with spacecraft.

Table of Content hide
1 ISRO Chairman K.Sivan ,Data is Being Analysed
2 Pm Narendra Modi Encouragement
3 Failure of Spacecrafts On the moon
4 India On the Moon

A one member of the staff of The India’s  space program’s had seen patting the back ok K. Sivan which is the director of the Indian’s Space program. Later he announced, the spacecraft was  in actual operating as expected till an altitude of 1.3 miles according to the data being analyzed.

According to probe ,called Vikram, He said that he hoped that Chandrayaan-2 Moon Mission will touch down on the surface but the lunar lander goes missing at the end. It was expected that after the this Spacecraft India will be the first country, explored the unknown lunar south pole. But it went missing ,and its engineers  now fear that it has been lost somewhere.

The spacecraft was attempting to land on the moon’s surface  and India lost a communication with the exact spacecraft. “ISRO” The Indian Space Research Organization’s Chairman said, In a setback ambitious plans of the nation, to become the first country in the region to explore the unexplored  south pole.

The failure happened  during a period that when the director Dr Sivan had called “15 mintues of terror”. There was so many steps had to be completed by special computers applied on the spacecraft in a correct sequence, having no chance to do mistake.

At the Failure of Chandrayaan 2 Mission  the ISRO Chief “K. Sivan” broke down, Pm Narendra Modi hugged and consoled K.Sivan. The Prime minister “Narendra Modi” told scientists  after briefed by the ISRO chief K.Sivan, “ there is ups and downs in life ….whatever you had accomplished is not a small achievement”.

The Prime Minister of Mauritius, Pravind Jugnauth: “I wish to congratulate the government of India and the ISRO team for their attempt at landing the Vikram lander and the Pragyaan rover on the lunar South Pole”

Failure of Spacecrafts On the moon

How many spacecraft are failed on moon mission?

Chandrayaan 2 was the third attempted spacecraft  in this year . In January the beginning of this year, China successfully landed spacecraft on the far side of the moon which was the first probe ever. In April Israel has also attempted to land  its Spacecraft called “Beresheet” on the moon surface but with unfortunate it was unsuccessful mission.

According to the Scientist’s probe the entire south pole is full of  water ice because the heat of the sun is not reached at the south side and unaffected by the Sun’s high temperature. In order to confirm this Probe, the presence of water-ice  ISRO took a step to confirm.

India On the Moon

The whole country is on your side. Will try me again. Success will be achieved one day. I look forward to that day.😆😆😆#Chandrayaan2 #ProudOfISRO pic.twitter.com/QQkAUHhaHL

As failure occurred Pm Narendra Modi and The indian Space Reseach Organization” ISRO” has been so much criticized on the social media platform .

Don't worry. The mission will be completed in upcoming Bollywood Movie #IndiaOnTheMoon pic.twitter.com/SlfoUlCRVi

Any country, including Pak, which has the tech to produce weapons like MIRVs can send a probe to the moon given they r willing to spend massive resources. It doesn't matter if Ind moon mission failed, the tragedy is they want to go to the moon just to stroke thr false ego! https://t.co/OsLR5L4s9u

On the other hand “ISRO” The Indian Space Research Organization has also been supported  and said Next will be the Best time.

My message today on behalf of @ProfCong on #Chandrayaan2. On behalf also of the people of Thiruvananthapuram, appreciation for @ISRO. The journey goes on! pic.twitter.com/rcnquNPagZ 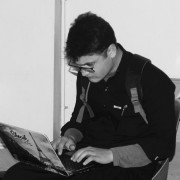 The 10 Best Airtight Containers for Coffee of 2021